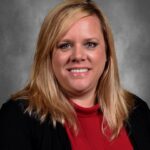 Kristen Hughes was given a special assignment as principal of White Street School in 2013. Located in an urban area plagued by socio-economic struggle, the school was scored a Level IV by the Massachusetts Department of Education in 2010. After years of unsuccessful turnaround work, White Street was on the verge of being taken over by the state. Having had turnaround experience in a similar school, Principal Hughes took the challenge head on. At first glance, what she found was a school culture steeped in low expectations, bad reputation, high staff turn-over, and loss of hope. She began by taking a close look at root causes rather than focusing on surface issues. By getting to know the staff, students, and families and examining the data, what she discovered is what she expected all along: This was a school community that wanted the best for students and a positive school culture, but lacked the framework and supports to make it happen.

Principal Hughes’s guiding principle is that all children—regardless of background or circumstance—have academic potential and a right to a high-quality, free, public education. One of the first things she understood was the need to shift the climate and culture of the school from one of low-expectations to one where staff believed that all children could be successful, where students felt inspired and supported, and where families felt they were heard and understood. She demonstrated for staff that this was possible by providing a comprehensive picture of where White Street students were in comparison with students at her previous school. The students were in fact similar in terms of demographic characteristics, but students at Principal Hughes’s previous school were high-achieving and thriving academically. This instilled a sense of hope among teachers and staff. Principal Hughes set clear expectations and publicly promised the school community that together they would move from an underperforming school to one of the highest performing.

Recognizing that the school did not have the luxury of time, Principal Hughes immediately created horizontal and vertical teams using Professional Learning Communities to promote collaboration and data-based decision-making to benefit students. She quickly established an Instructional Leadership Team to serve as the school’s overarching turnaround team charged with reviewing school data, assessing needs, and developing a plan. She also set up teams to focus on literacy, math, school operations, social emotional supports, and family engagement. The team structure served as a catalyst for collegiality, providing a feedback loop for teachers to strengthen their practice and feel supported in their work.

Principal Hughes analyzed data and conducted a needs assessment with staff to develop a professional development strategy to overhaul curriculum, instruction, and data use. The school staff put student learning at the center, developed a deep understanding of the Common Core standards, became content experts in new curriculum resources, and shifted instructional strategies to meet student needs. Teachers worked in teams to engage in data discussions that included multiple data sources so they could individualize support to students.

The staff at White Street School shifted the classroom environment to foster student engagement through clear and consistent classroom management techniques, such as creating cooperative and accessible learning environments, designing engaging and rigorous learning activities, and communicating expectations with students on a continuous basis.

By the end of Principal Hughes’s first year at the White Street School, the impact of the school’s approach was clear. Staff and students were pleased to see that the shift to a culture of high expectations had made a difference on student achievement. State assessment data improved by double digits in all content areas. After two years, the school moved from the lowest performance category, Level IV, to the highest, Level I.