Glendale's mission is to prepare students to become life-long learners and responsible citizens. Through an emphasis on Spanish language and culture, students will meet academic standards, celebrate diversity, and become productive members of our global society. 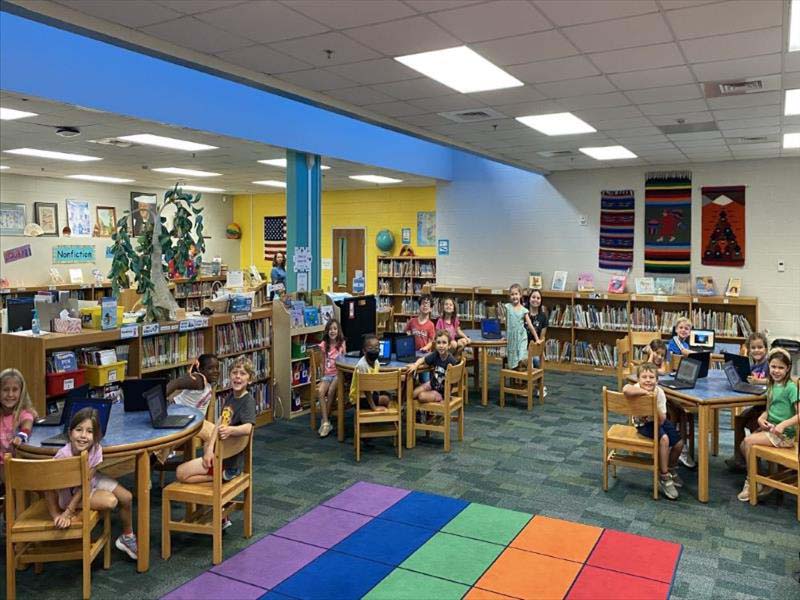 Glendale first graders using their laptops in the school library.

At Glendale Spanish Immersion Elementary School, we use Spanish as a vehicle for teaching all math and science content. Classroom teachers are bilingual in Spanish and English, and students engage in the Spanish language during math and science instruction, Morning Meeting, and transition times.

Research has demonstrated that learning a second language has a positive impact on both the social and academic facets of our students' lives. As children learn a second language, their cognitive capacity expands, and they become more globally aware and broad-minded. After 2008 at Glendale, we saw an increase in both literacy and math scores when the school transitioned entirely to the Spanish immersion program. In addition to delivering math and science content in Spanish, we focus on the culture of Spanish speaking countries, which again helps our students to become more tolerant of differences.

We have a strong, closely-knit community. Parents are highly engaged and support the teachers and staff throughout the year through their service and donations of time and money. Globally, Glendale is a school that strives for high academic achievement, while at the same time sustains a focus on the development of the whole child.