Advocates for Academic Excellence in Education

The mission of Benjamin Franklin High School is to prepare students of high academic achievement to be successful in life. 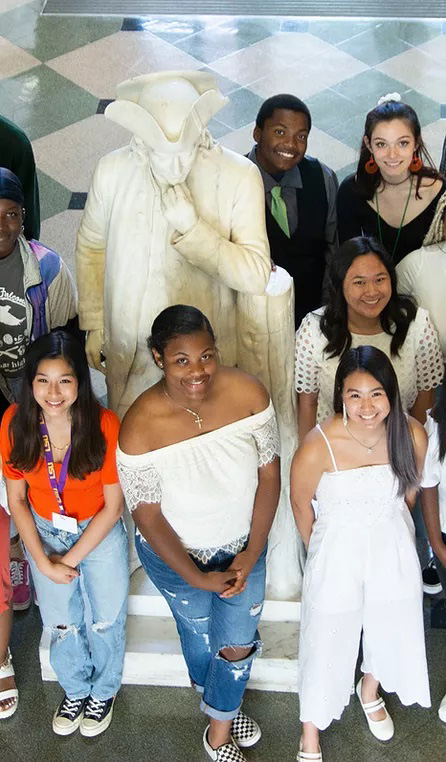 Benjamin Franklin High School, New Orleans' most outstanding public charter school, has been preparing students for success through academic achievement since it was founded in 1957. Consistently ranked as a "top public high school in the nation" by U.S. News and World Report, Newsweek and Business Week, Franklin has received the highest School Performance Score in Louisiana, making it the #1 public school in the state, year after year. Franklin annually produces among the highest number of Presidential and National Merit Scholars, along with Advanced Placement Scholars in the state. The exceptional students, faculty and staff of Benjamin Franklin High School are the best and the brightest of New Orleans.

Franklin fosters a tradition of excellence in all of its students around its four virtues: honor, service, justice, and wisdom. Franklin serves a population of students of high academic potential with 99.9% of graduates entering college. It is the most racially, ethnically, culturally, and economically diverse school in the city. Students are recruited and accepted by the most prestigious colleges and universities in the world. More than 200 college and university representatives visit our campus regularly. Franklin students' average ACT, SAT and PSAT scores are continuously among the highest in Louisiana. Through a partnership with area universities, Franklin students also have the opportunity to attend college classes in a concurrent or dual enrollment program, earning high school and college credit simultaneously. Our success stems from an extraordinary and diverse learning environment. Our students work, learn and grow together. The Franklin experience encourages expression in visual and media arts, vocal and instrumental music, and dramatic arts as well as involvement in an abundant array of extracurricular activities and athletics. A number of students with particular talent and ability in the arts take advantage of a robust partnership with the New Orleans Center for Creative Arts.

The school is especially honored that its campus was recently named to honor mathematician and NASA "computer" Katherine Johnson. The Katherine Johnson Campus of Benjamin Franklin High School is preparing students today for tomorrow's exploration, challenge, innovation, and service.