We create a dynamic learning community where scholars are immersed in a college preparatory curriculum, community service, and multiple career paths through college exposure. 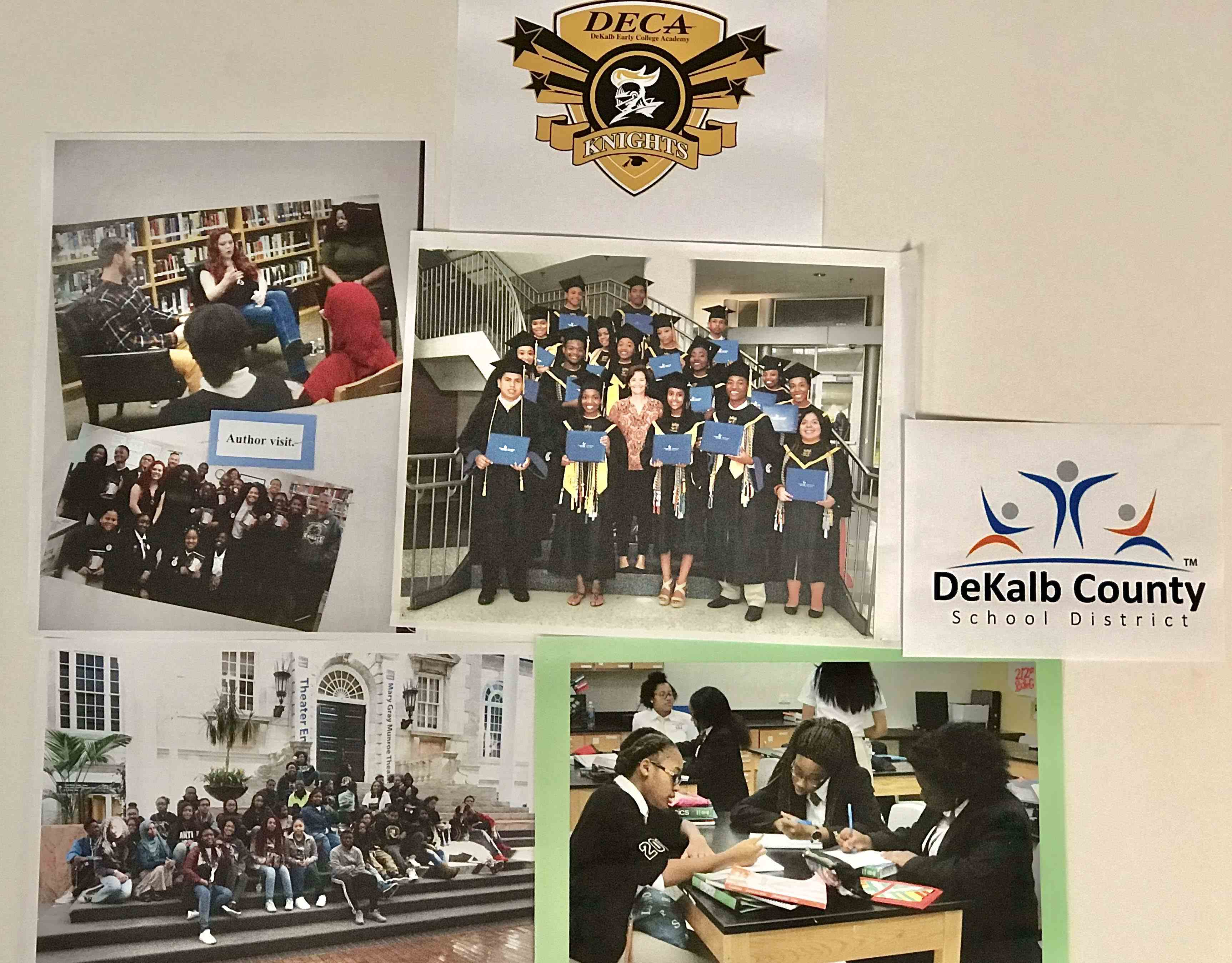 DeKalb Early College Academy partners with Georgia State University so that our 11th and 12th grade scholars take full-time college course loads. In working with these dynamic young people to fulfill their dreams and realize their potential, we are motivated to build a better world. We believe that a high quality, well-rounded education is essential for producing a more engaged, compassionate citizen. By exposing first generation and underrepresented populations to college, the school develops social agents that continually work to create more just and equitable institutions and communities.

We invest in our scholars' academic and social development so that they can thrive in the rigorous post-secondary world. We support the scholars through this demanding journey via a student-centered approach grounded in the Common Instructional Framework (Jobs for the Future) and the 16 Habits of Mind (Kallick and Costa). They learn rich content; however, just as importantly, they cultivate the skills of self-advocacy, empathy, and collaboration. DeKalb Early College Academy fulfills its essential Why by rolling out highly capable and ethically driven graduates year after year.

DeKalb Early College Academy's achievements are impressive, such as 98 percent graduation rate since 2012, 85 percent Associate degree graduation rate since 2018, and being a Top 3 high school according to Georgia DOE's metrics since 2013. However, the scholars' stories behind the numbers of going into medicine, law, the non-profit sector with a fervent dedication to community service is what makes DECA a unique school and has its stakeholders and the DeKalb County School District beaming with pride.