Our goal is to provide our students with the skills of a world language, Ohio Standards, and the cultural awareness to become highly competent and competitive members of the emerging global society. 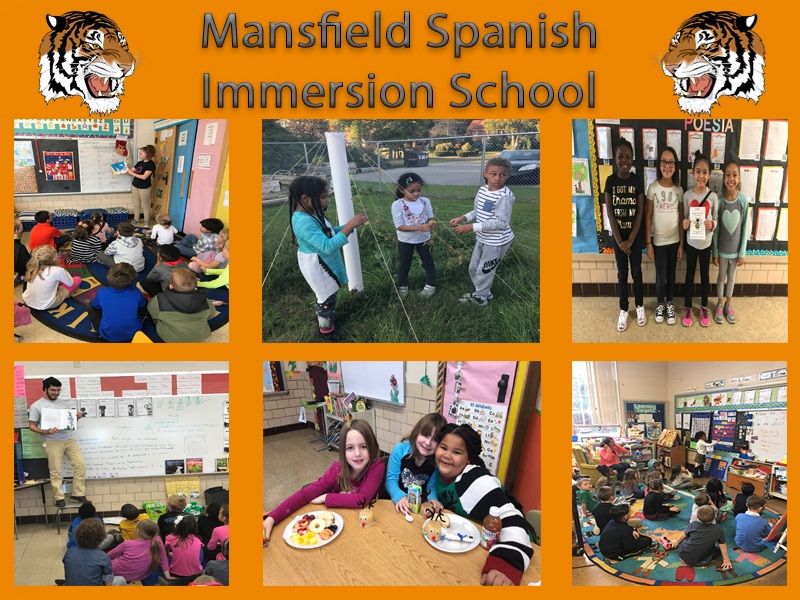 Photos that offer a slice of life at our school.

Mansfield City Schools' Spanish Immersion School opened in 2008 with a kindergarten class of 11. Adding a grade in each succeeding year, the school now has 255 students in kindergarten through eighth grade.

Recognized by Spain as an International Spanish Academy, Spanish Immersion School was designated as an Ohio School of Promise in 2014 and 2015, a National Title I Distinguished School in 2016, and an Ohio High Performing School of Honor in 2017. In 2016 the Ohio School Boards Association recognized Spanish Immersion School as an outstanding program during OSBA's Student Achievement Fair.

Spanish Immersion School is a one-way immersion program in kindergarten through second grade and teaches all content courses in Spanish through eighth grade. The principal said "students have gained mastery in math partly because learning a second language develops other cognitive skills that are transferable to math."

Spanish Immersion School has again earned A's in the achievement, gap closing and progress components of the 2018 Ohio Department of Education report card. Students exceeded the proficiency standard in each academic category at every grade level.

Overall, the principal attributes the school's growth and success to three key factors: outstanding teacher instruction and invaluable support staff, a high level of student focus and an exceptional level of parent involvement in the home.