Develop young men into impactful leaders through the development of their intellectual, moral, physical, social, and emotional skills for the global society of tomorrow. 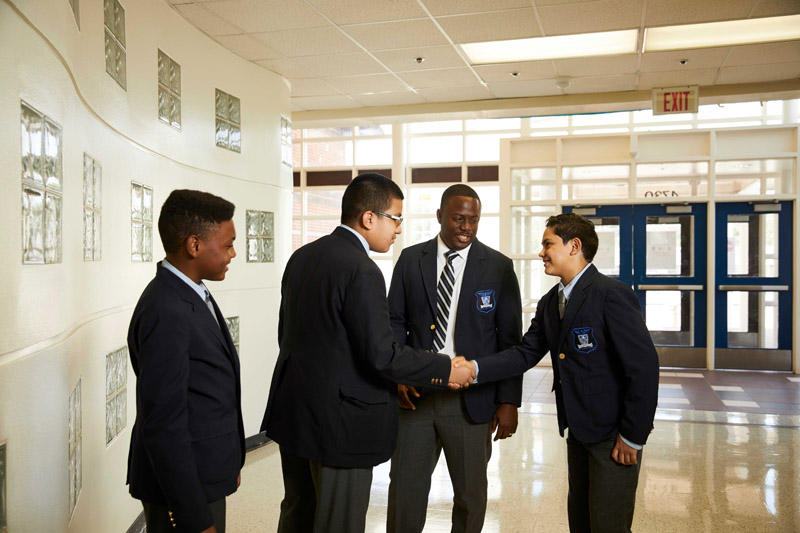 Develop young men into impactful leaders through the development of their intellectual, moral, physical, social, and emotional skills for the global society of tomorrow; these are the principles that birthed "The" Barack Obama Male Leadership Academy (BOMLA). BOMLA was developed to meet the educational needs of the under-served male youth of South Dallas, Texas. While the racial educational achievement gap was more widely known, the gender achievement gap was less well-known. The campus was developed to tackle both, being identified as the first all-boys public school in the state of Texas.

BOMLA's leaders traveled the world, visiting countless boys' schools, taking note of what works. One common thread found in successful schools world-wide is the centuries-old tradition of a house system. Emulating this universally proven system, BOMLA's house system is one of the most important aspects of the campus. Its purpose is to create a culture of positive peer pressure through healthy competition. Students celebrate their accomplishments and encourage those who fall short to make better decisions.

Lyceum is also a major component of the campus. Lessons based around habits of mind, manhood, and other topics are presented by faculty or guests addressing the social, emotional, and cultural needs of the boys. Student success is fostered by the implementation of researched-based instructional practices for boys. These enhancements are incorporated into custom rigorous lessons that yield student achievement at high levels, producing a one hundred percent acceptance rate to four-year colleges and universities, with little to no debt, for graduates.