Booker T. Washington High School provides an academically rigorous education within an environment of multicultural diversity and develops all students' critical thinking skills which are necessary for success in a global society. 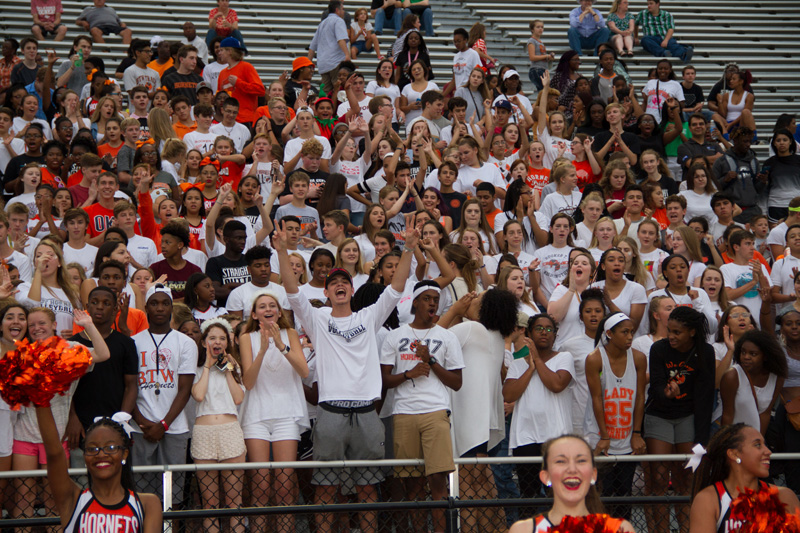 Booker T. Washington is a world-class high school in the heart of America. In 2009, the school received the coveted distinction of being a Blue Ribbon School recognized by the United States government for being academically superior. Our school is consistently listed as one of Newsweek's best high schools, and was named the top public high school in the State of Oklahoma by U.S. News and World Report in 2013. This school was established as a magnet school and serves students from every racial, ethnic, religious, and socio-economic group in Tulsa. Booker T. Washington continues to thrive based on the twin ideals of promoting excellence and acceptance of diversity. This philosophy has resulted in our institution's recognition as one of the most successful secondary schools in the United States. Our racially-balanced student body boasts a nationally-ranked academic bowl team and forensics team, as well as championship basketball, football, soccer, speech & debate, and volleyball teams. Booker T. Washington is at the forefront of academic trends as the first Tulsa Public High School to offer Advanced Placement courses and is one of only two high schools in Oklahoma to offer the International Baccalaureate Diploma. With the International Baccalaureate Diploma, Advanced Placement Program, and rich history our school attracts students who thrive in a challenging environment.