Our mission is to provide students with a world-class and well-rounded education, preparing them for success in middle school, high school, college and throughout life. 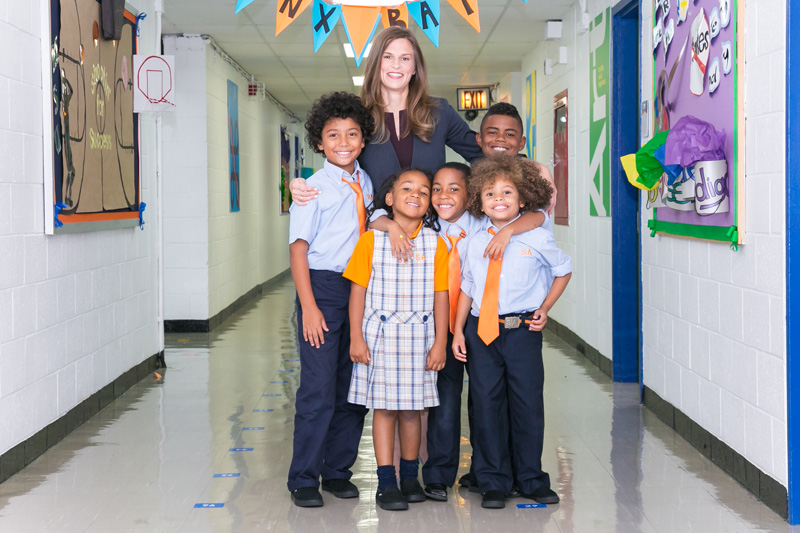 Walk into Success Academy Bronx 1 on the right day, and you might see one of our scholars in a top hat staring intently at a chessboard. You would have arrived on "Fancy Schmancy" day (one of many spirit days throughout the year) in time to catch the chess team - which captured first place in their division during the 2015 nationals - in action. Everyone at SA Bronx 1 (from leadership to teachers, from parents to scholars) brings this concept of "joyful rigor" to life. Principal Elizabeth Vandlik believes you can work hard and have fun.

Founded in 2010 in one of the poorest districts in the country, SA Bronx 1 serves around 480 scholars, mostly low-income children of color (89% receive free or reduced-price lunch). The school community is diverse and tight-knit. Families speak seven different languages, including Creole and Spanish, reflecting their neighborhood's African and Latino roots.

While only one in five students in nearby district schools was able to pass the state math and English tests this year, 99% of SA Bronx 1 scholars passed math and 87% passed English, ranking the school number five in the entire state in math and among the top 2% in literacy. What's more, 100% of scholars with special needs passed the math exam.

SA Bronx 1 is one of 41 Success Academy schools serving a total of 14,000 children in New York City, and one of four of the network's schools to be awarded a National Blue Ribbon.