Our mission is to prepare students with proven academic talent for successful post-secondary study through a highly challenging curriculum which emphasizes science & mathematics. 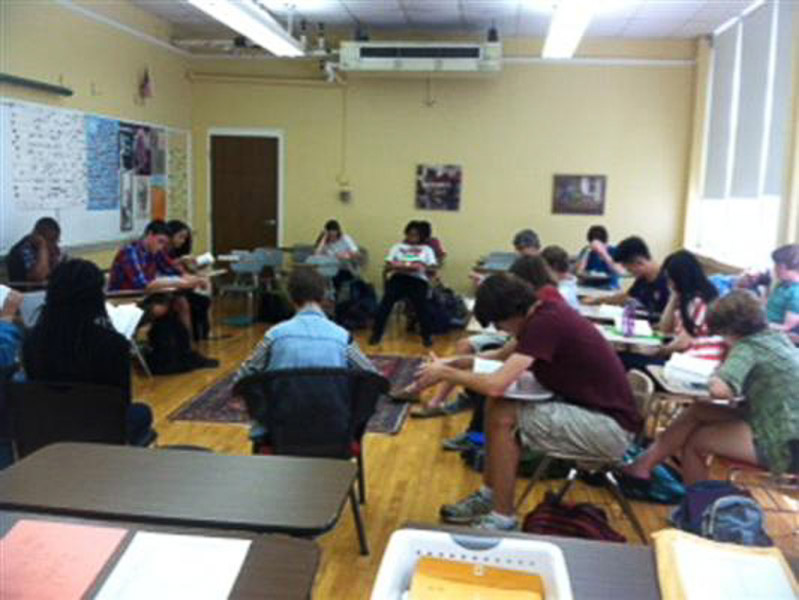 Nashville’s first secondary magnet school for grades 7-12, Martin Luther King, Jr. Academic Magnet High School for Health Sciences and Engineering opened in August, 1986, in the city’s historic Pearl High School building. The school was designed to attract a voluntary cross section of academically talented students from diverse groups in Metropolitan Nashville-Davidson County. MLK, as it has come to be known, quickly became an appealing choice for students interested in advanced studies in math and science.

All core academic classes are honors level, and the curriculum supports a robust Advanced Placement program. Students participate in competitive sports teams and clubs, and the English department sponsors an all-school read, designed to foster a sense of community and common purpose through all grade levels.

Any student who meets academic requirements and whose parent or guardian is a Davidson County resident may apply for admission. Students must have an academic average of 85 or above for both the spring semester of the previous school year and the first grading period of the current year, with no failing grades for any grading period. TCAP test scores in both reading and math must be advanced or proficient.

Total enrollment (grades 7-12) is 1,235. The school's student population is ethnically and socially diverse. Students collectively speak sixty-three (63) different languages and represent seventy-five (75) different countries. MLK is currently ranked as one of the top 100 public high schools in the nation, according to U.S. News & World Report and Newsweek.