McFadden School of Excellence works daily to prepare our students with the knowledge, skills, and attributes necessary for their future academic success. 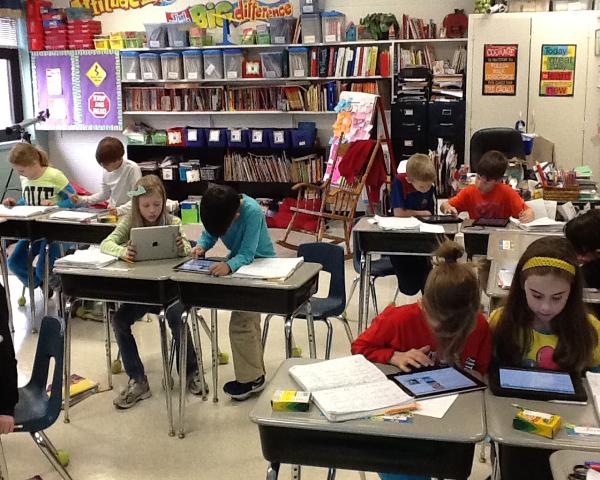 McFadden School of Excellence is a K-5 academic magnet school in Murfreesboro, Tennessee attracting students from all over Rutherford County. As an elementary school, McFadden works toward providing students a strong foundation for continued achievement through the promotion of high academic standards. Excellence is a word that permeates throughout the entire school culture at McFadden. The idea of excellence starts with individual personal pride by each stakeholder and extends to the promotion of pride as a school. Success is contributed to this group effort by staff members and students.

McFadden believes in utilizing the power of Professional Learning Communities and Responding with Interventions. The goal for every student is to meet every standard. Working collaboratively, staff members make data driven decisions and offer academic feedback to students as they progress through the curriculum. Students are challenged on a daily basis to embrace failure as a step toward success as they progress through rigorous lessons and activities that are often compacted and accelerated.

McFadden’s greatest support comes from their families. A welcoming atmosphere that encourages parent participation has been extremely successful when it comes to efforts by the school and the PTO. Families attend events ranging from Back to School Night to Showcase Nights where student show off projects and activities that have been happening at school. McFadden and their parents know the power of a united effort when it comes to helping a child be successful.