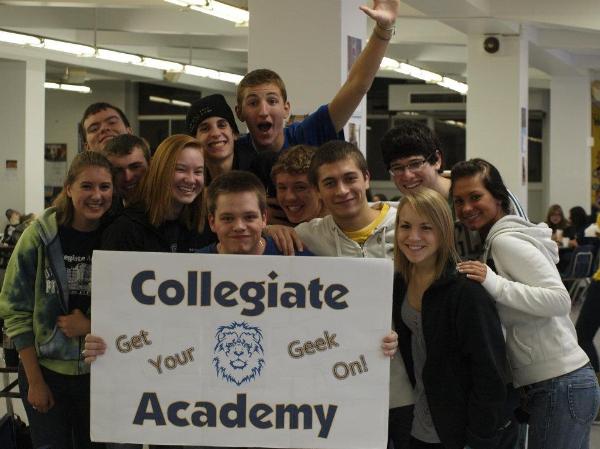 Founded in 1997 against all odds, most people said Northwest Pennsylvania Collegiate Academy was a terrible idea bound for failure. But a small group of determined educators, eager students, and their families who shared a vision of a first-class college preparatory school would not be deterred. The founding administrators obtained Erie School District board support and established the new school in the old Academy High School. The school, which had been closed and boarded up for five years, was in rough shape, and that first year they were only able to refurbish enough classrooms for the first freshman class.

For the next three years, they continued to make enough classrooms functional for each new class, and this exciting culture of renewal led to the creation of a unique school environment where teachers and students did many things very differently. There were no bells. Students and teachers followed the same dress code, and they ate together in the same dining hall. Students were encouraged to challenge themselves academically, and they were never prevented from taking advanced classes as long as they were willing to do the tough work. This new learning community soon led to impressive results, including student acceptances into the most highly selective colleges, twenty-three Advanced Placement class offerings, and yearly rankings at the top of the Newsweek and US News and World Report state lists of best high schools. The school community focuses on maintaining this special culture, which is reflected in our motto of Pride, Honor, and Respect. Now in our sixteenth year, we have proved all of those original doubters wrong.