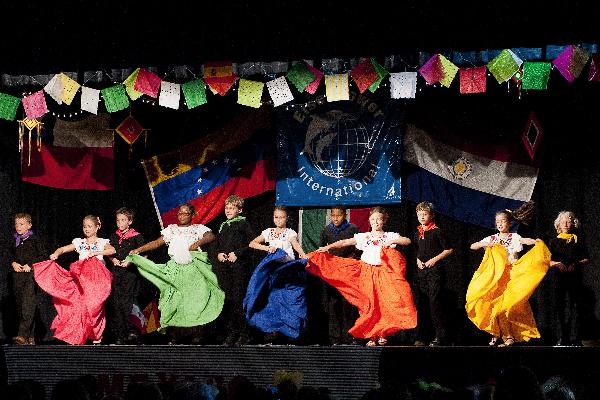 Eisenhower International School is a K-5 French and Spanish language immersion program in the Tulsa Public Schools District. The goal of the school is to immerse students in a second language and to provide opportunities rich in international content while meeting state and national grade-level requirements.

Tulsa reflects the issues and challenges found in many urban districts. Thirty years ago the concept of language immersion was unknown in Oklahoma. In an effort to save a school with declining enrollment, concerned parents researched innovative ways to attract families. Today, Eisenhower's language immersion program is so successful it has spawned sister schools and the district is doubling our enrollment.

Students from throughout the district apply to attend and are selected through a public lottery process and represent a cross section of ethnic, racial and economic backgrounds. Teachers from around the world contribute to an international feel throughout our school.

Beginning in kindergarten, students are completely immersed by learning their core curriculum in a target language. Total immersion continues until second grade when English language reading is introduced. By fifth grade, 50% of the day is taught in the target language. Our fifth grade students have the opportunity to travel to Costa Rica, Mexico, Spain, or France to spend several weeks participating in an exchange with other schools.

Historically, Eisenhower has been an academically high-performing school. Students in all subgroups not only outperform their peers in traditional schools but by fifth grade they are also bilingual. Parental involvement is paramount to our success. Few of our parents speak a second language, so students emerge as independent learners while parents find creative ways to contribute to their child's education.