Our mission is to produce successful individuals by guaranteeing challenging learning experiences in a unified, caring community committed to excellence. 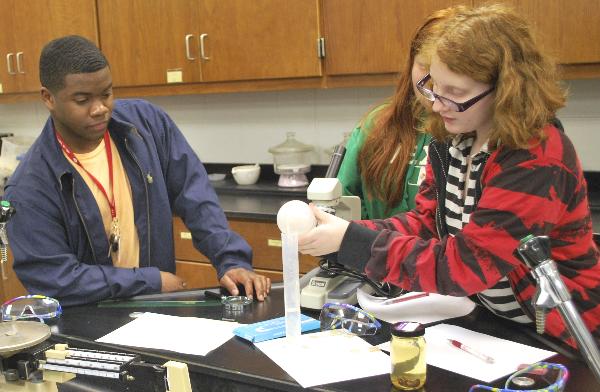 The Clinton Public School District is divided by grade (not zone), and Lovett Elementary School is CPSD’s sixth-grade school. In 2013, Lovett celebrated its 50-year anniversary. This campus opened in 1963 and served as Clinton’s black elementary school prior to integration.

In the spring and summer of 2013, Lovett underwent significant renovations after a devastating hailstorm forced the school’s closure. While this work was going on, students, faculty and staff were relocated, and spent the last eight weeks of the 2012-13 school year — including during state testing — at another campus. The renovated Lovett campus reopened in August 2013.

Despite the hailstorm, cleanup and relocation, data released by the Mississippi Department of Education in September 2013 show that CPSD sixth-graders outscored sixth-graders in all other Mississippi school districts in both language arts AND math. Lovett is an A school, the highest possible academic rating a Mississippi public school can attain, and has met academic benchmarks every year under the current accountability model.

In 2011, then-Principal Richard Burge was named a National Distinguished Principal (the only middle school principal in Mississippi to receive this honor in 2011). Also in 2011, Lovett teacher Michelle Brister was the only Mississippi teacher in any grade/school to receive a Milken Foundation award. During the 2012-13 school year, Lovett reading teacher Jennifer Smith was named the Clinton Public School District’s Teacher of the Year.