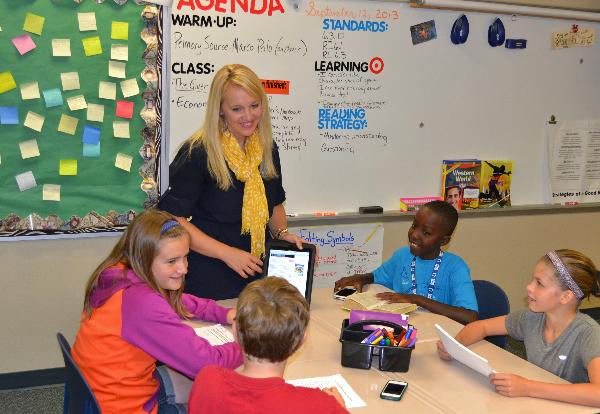 Creekside Middle School is one of three middle schools in the Carmel Clay Schools district and is located on the west side of Carmel, Indiana, near Indianapolis. Carmel is a city that prides itself on award-winning schools, a strong business community, and a dedication to the arts. In 2012, Carmel was listed as the number one place in America to live by CNN Money Magazine. The school is incredibly fortunate to have a surrounding community that values and supports all that is accomplished at Creekside Middle School.

Since opening ten years ago, Creekside has seen its student population grow from 800 students its first year to over 1500 students in grades six, seven and eight in 2013. From the first staff meetings in the spring of 2004, Creekside’s goal was and continues to be to put the welfare of students above all else. In the efforts to do so, the staff has committed itself to continuous professional development to ensure delivery of rigorous, standards-based curriculum while using a myriad of research-based instructional strategies. Where applicable, all curricular areas have begun to implement the Common Core State Standards so that the curriculum both aligns with and exceeds the Indiana State Standards.

Creekside prides itself on its reputation of academic excellence by consistently placing among the top middle schools in the state of Indiana on standardized tests. Creekside has also earned success on the national level by competing in the National Math Bowl Competition and winning the National Science Bowl Competition. Creekside Middle School has successfully created its own identity of excellence and achievement in the Carmel Clay Schools community and beyond!