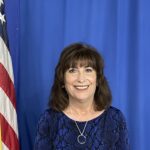 During her seven years as principal, Angela Silvaggio has played a vital role in transforming Mesquite Elementary School into a high-performing school that is closing the achievement gap. Mesquite Elementary School is a low-performing Title I school in a rural New Mexico community where the median income is less than $21,000. One hundred percent of Mesquite’s students are eligible for free and reduced meals and 98% are Hispanic. The dominant language in the community is Spanish, and 66% of Mesquite’s students are identified as English Language Learners.

The process of transforming Mesquite began with Principal Silvaggio recruiting her key administrative team, which included a new assistant principal, an instructional coach, a counselor, and a special education department chair. She then realized she needed to motivate students and teachers to want to come to Mesquite and to help them feel appreciated and supported. Principal Silvaggio believes a leader must play a central and critical role in initiating, developing, and maintaining a collaborative school environment. To create unity within the school, she demonstrated the value of collaboration by making it meaningful, communicating often, and providing ample opportunities for teachers to engage in collaborative activities.

Principal Silvaggio also knew that family involvement is an important component in nurturing a school environment of acceptance and support. She maintains an open-door policy and open, frequent, and diverse lines of communication. She meets monthly with families through the “Coffee with the Principal” initiative. She encourages parents to visit with her with any questions or concerns that they might have. Since Mesquite’s families represent different backgrounds and family configurations, she encourages staff to be open-minded and think creatively about ways to foster positive relationships with families.

Principal Silvaggio stresses the importance of articulating a vision for both the school and the community. She models that vision each day—during each classroom visit, each conversation with a staff member, and each discussion with a parent. She believes the vision has to be more than empty words plastered on a marquee sign; it must have a rich, relevant meaning. She tells students every day, with hard work, a positive attitude, respect, and dignity, and smiles on their faces, anything can be accomplished. She encourages students to develop a vision for themselves and take ownership of that vision.

Principal Silvaggio is a data-driven leader. Knowing that students were struggling in reading and mathematics when she first came to Mesquite, she realized that the only way the school would flourish was by studying the data. She created a data committee that is coordinated by the instructional coach and intervention specialist. The data committee reviews the data of the entire school and finds ways to help teachers use this data to drive their instruction.

One of the biggest ways Principal Silvaggio has impacted the school is with her innovative idea of implementing weekly intensive tutoring block days within the classrooms. The school developed an action plan that included using data to group students according to their needs. This gives teachers opportunities to target students, whether they are struggling learners or high achievers.

Principal Silvaggio views being an educator not just as a career choice but a calling. During her forty years in education, she has served in a variety of roles at all school levels, from Head Start teacher, to a high school counselor and At-Risk Coordinator, to serving as a middle school assistant principal and principal. These experiences have taught her how important it is for a school environment to address the needs of the whole child in order to foster children’s learning and development. She takes every step necessary to see that students and staff alike are safe both physically and psychologically. By addressing student and staff needs, morale is high at Mesquite. There are lower absences, better academic performance, staff who enjoy the workplace atmosphere, and parents who can see and feel the benefits as they walk through the school’s door.

Angela Silvaggio considers working with the Mesquite team, staff, and students her greatest honor. Under her leadership, Mesquite’s students, regardless of their cultural background, social-economic status, or language proficiency, have excelled and achieved outstanding academic success.