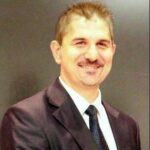 Mr. Tarkan Topcuoglu was hired as a principal at Central Jersey College Prep Charter School (CJCPCS) in 2011, the Title I school faced a number of problems, including student discipline, student motivation, limited facilities and resources, teacher turnover, and overall low academic achievement. State test scores showed fewer than 50% percent of 7th graders were reaching proficiency in ELA. On top of that, Mr. Topcuoglu had the additional challenge of working with a student population representing many socioeconomic, cultural, and academic backgrounds. Confronted with the task of improving the academic performance, school culture, and morale, he understood that his first need was to get the faculty working together.

At the first meeting he held with the faculty, Mr. Topcuoglu made it clear that they needed to become a team in order to prepare their students for the future. He sent a message intended to build trust: “If any of my teachers fails, I fail. If the TEAM succeeds, then I could say—I succeed.” Teachers responded positively, and Mr. Topcuoglu still collaborates with them to design programs and projects. Faculty meetings, professional development opportunities, and discussions became environments in which everyone worked together to brainstorm ideas and discuss issues and conflicts. Once decisions were reached, teachers implemented them together regardless of their previous ideas. Mr. Topcuoglu  maintains an open door policy and encourages teachers and students to share concerns, ideas, opinions, and projects, providing him with the pulse on everything going on in the school.

Besides team building, Mr. Topcuoglu instituted several other programs and strategies that have helped turn CJCPCS around. Strategic planning was key to all of them. After diagnosing student needs, he and his team designed a five-year improvement plan that included professional development, data-driven instruction programs, improved instructional technologies in the classrooms, academic support programs, and strong parent communication coupled with home visits. He created a 1:1 Chromebook program and transferred students to using interactive textbooks, a step that increased student engagement and improved student achievement. He holds internal training sessions where teachers share their expertise on the use of virtual tools, integrated curricular projects, and cross-subject assessments that gauge student progress. He not only researches new online learning platforms, he frequently conducts instructional sessions to ensure that the new technologies are used throughout the school. Additionally, under Mr. Topcuoglu’s guidance, academic support programs have been provided for students, including free after school tutoring programs and a Saturday academy, which meets from 9:00 am to 1:00 pm to help struggling students get one-on-one help from teachers. Students who have not met the proficiency requirements based on benchmark exams and class performance meet with another teacher two mornings a week for extra help. Additionally, this past year, the school began implementing the Response to Intervention program.

In the past several years, the turnaround at CJCPCS has been remarkable. The graduation and college admission rates have remained at 100% for the past two years. In the past five years, the school has been named a Top 10 School, awarded Silver status as one of America’s Best High Schools by US News and World Report, and has been recognized as a Reward School by the New Jersey Department of Education. Whereas once large numbers of students were working to avoid remedial English in college, now 100% of students have passed the English portion of the NJ high school proficiency exam for three years in a row. The number of AP level classes offered has increased to 15, and the elective course curricula incorporate business versions of Cantonese, Spanish, Turkish, and more. Mr. Topuoglu’s goal of turning CJCPCS into a true college preparatory school is being realized.