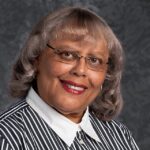 years ago, community members, the University of Pennsylvania, the Philadelphia Federation of Teachers, and the School District of Philadelphia came together with the idea of creating a new neighborhood school in a historic public-private partnership. Expectations for Penn Alexander School were high, as was the risk of failure. The community was counting on the school to revive it, yet at the same time families were wary. They suspected the university’s real intention was to create an urban school experiment, and they were scared to leave their current school even though children were not reading or doing math on grade level. In the face of these initial challenges, Ms. Sheila Sydnor’s leadership formed the foundation of the school—its vision, its culture, its staff, and its curriculum. Immediately, she established expectations and built a culture that valued collaboration, student-centered education, academic achievement, respectful interpersonal relationships, and inclusive excellence. The students at Penn Alexander learned that Ms. Sydnor’s aspirations for them were only bound by their capacity to learn, and under her tenure the school has closed the achievement gap.

Ms. Sydnor believes in distributed leadership, fostering trust, transparency, and mutual respect among Penn Alexander’s many stakeholders. Guided by the belief that a principal alone cannot make a great school, especially in a resource-strapped district, her leadership team comprises the entire staff, divided into grade groups and voluntary subgroups of teachers. Student achievement and development drive all decisions. Ms. Sydnor motivates and sets high expectations for every individual involved—the university partners, the community partners and parents, the facilities team, and most importantly, the educators and students. Each member of the faculty is viewed as a vital, necessary component to the school’s success, and all are motivated to do their best to create a place where children are accepted and learning occurs at the highest levels. She
demonstrates unwavering support of her team’s professional development, and as a result, one third Penn Alexander’s faculty are nationally certified.

Ms. Sydnor maintains an open door for her staff, as well as her partners, and conversely does not hesitate to ask for help when she sees that her students need something. Whether it means getting computers fixed on the weekends or working with teachers and parents to organize a fundraiser that is accessible to all families, student needs come first. In addition to the university partnership, Ms. Sydnor works with a Home and School Association and a School Advisory Council to further enhance the school’s learning environment.

In order to teach the whole child, Ms. Sydnor works within a limited budget to equip staff with the resources to meet the demands of students with different learning styles and needs. Enrichment and remediation are offered to students before and after school to maximize instructional time. Teachers are encouraged to incorporate community service learning projects, gardening lessons, and field trips into their lessons, and an annual science fair and musical further extend student learning. As someone who strongly believes in the connection between the arts and intellectual growth, Ms. Sydnor instituted an annual theatre production where students produce and perform shows that range from The Lion King to Fiddler on the Roof. When the school district cut the visual arts, Ms. Sydnor made sure Penn Alexander maintained a full arts program, including the musical.

While 100% of Penn Alexander students are eligible for free or reduced-price meals, the school was recently recognized as the Philadelphia School District’s highest performing K-8 school, and in the past year its students won numerous awards, including first place in the Scripps Regional Spelling Bee and the first Lego Regional Competition. Since its founding under Ms. Sydnor’s leadership, Penn Alexander has not only provided an excellent education to its students, but has also been a powerful force for neighborhood renewal and a national model for how a racially, ethnically, and socio-economically diverse and high-achieving public elementary school can be created and thrive.

Font Resize
Accessibility by WAH
Notice This website or its third-party tools use cookies, which are necessary to its functioning and required to achieve the purposes illustrated in the cookie policy. If you want to know more or withdraw your consent to all or some of the cookies, please refer to the Privacy Policy Summary By closing this banner, scrolling this page, clicking a link or continuing to browse otherwise, you agree to the use of cookies.OkPrivacy Polices