The 2014 National Blue Ribbon Schools: By the Numbers

The 2014 schools span the nation, and beyond, representing 48 of the 50 states as well as the U.S. Virgin Islands and Japan and Germany (Department of Defense).

Grade Levels Served. The 2014 schools are, in total: 257 elementary schools, 26 middle schools, 51 high schools, and 6 K-12 schools. They include 113 public and non-public schools with preschool programs.

Geography. Nearly three-quarters of the 2014 schools are located in suburban or small town/rural areas; just over a quarter are in urban areas. 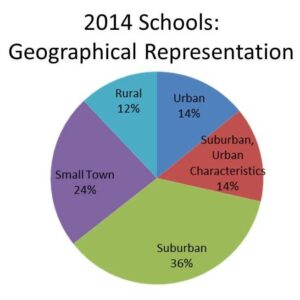 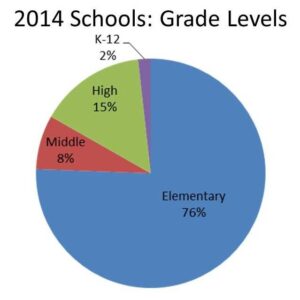 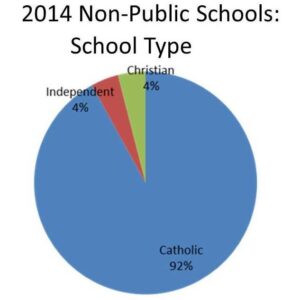 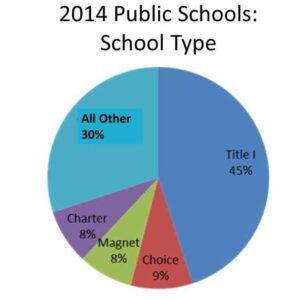 Serving Disadvantaged Student Populations. One-third of all public schools nominated for National Blue Ribbon status are required to serve student populations where 40% or more of students are considered disadvantaged, such as English Language Learners or students who qualify for subsidized meals. Of the 129 public schools who served 40% or more disadvantaged students, more than three quarters were named exemplary high performing. 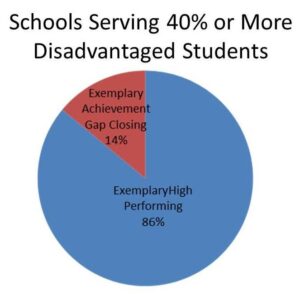